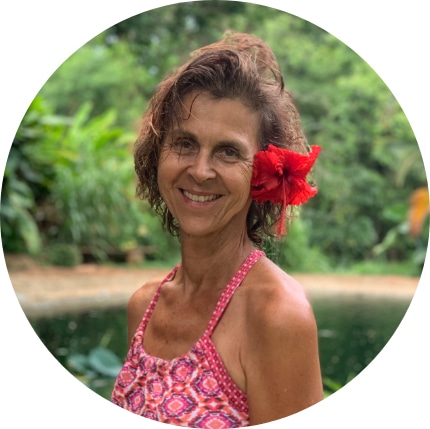 In 1985 I received my diploma as a dancer and choreographer.
After a few years of stage experience, I devoted my interest to studying dance styles and rites of different cultures.
In 1995 I met Hula in Hawaii, fell in love with the dance, the islands and the culture. In 1995 my husband and I founded the Institut Hawaii in Munich Here we teach people Hawaiian Bodywork – Romi Kahuna Bodywork and Lomi Lomi Massage Art, Hula Kahiko and Auana, Feldenkrais, Taketina and Meditation.

Hula dance is a very old traditional dance form. Myths, stories and wisdom are conveyed through dance. Hula belongs to a very early form of expression. To this day, it is celebrated and danced in Hawaii on a wide variety of occasions. The accompanying instrument, the ipu drum beat is associated with the heartbeat. “Hula is the heartbeat of the Hawaiian People”.

Both dance forms have a different expression and are also accompanied with different instruments.

The Ipu beat and chant accompanies the Hula Kahiko. Hula Auana is usually accompanied by the ukulele and harmonious polyphonic singing.

More and more people around the world are learning to dance hula these days. Whether in Mexico, Canada, Japan, Taiwan, San Francisco, or Europe, hula brings people of diverse cultures together.

Experience the power, beauty and wisdom of the Hawaiian culture.

Married to Christoph Bundschu, with whom I have 3 children together

Meeting with the art of massage Lomi Lomi in Hawaii

Foundation of the Institut Hawaii with Christoph Bundschu

Spreading of Lomi Lomi in Europe, through press and TV

Training with Reinhard Flatischler to become a TaKeTiNa Rhythm Teacher

At the beginning of the lockdown start with Hula Online 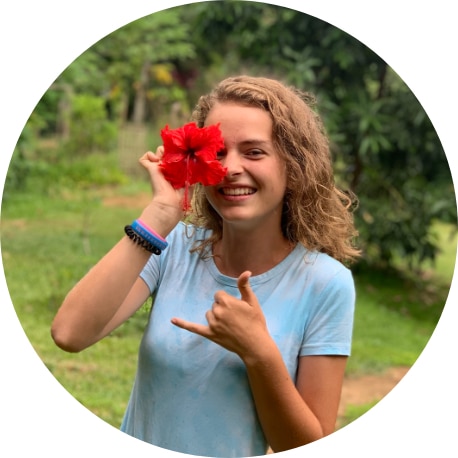 I am Moana Bundschu and 17 years old.
Since I was little, I always take part in my mom’s (Margarete Bundschu) hula workshops.
and Puna Kalama Dawson from Hawaii participated.
Hula is my passion and I love to explore Hawaii.
I am always happy to be a part of the Hula lessons. A hui hou